The Robots are Coming (and they don’t drink Rum!)

The Storm Trysail Club has announced that automated mark technology will be used to set courses in the 29th Storm Trysail Block Island Race Week presented by Margaritaville. This will reduce the number of volunteers usually needed by the race committee by about half, saving the Club money on volunteer expenses, reducing the environmental impact footprint, and allowing for more socially-distanced race management.

In lieu of the traditional inflatable marks, the regatta will be using a relatively new product: MarkSetBots — self-propelling, remote-operated buoys developed by a company based in Michigan. They use GPS to zero-in on a specific location and stay in place until the Race Committee decides to move it. If the wind changes direction, the RC can reposition the mark using an app; no mark boat crew or anchor hauling necessary! 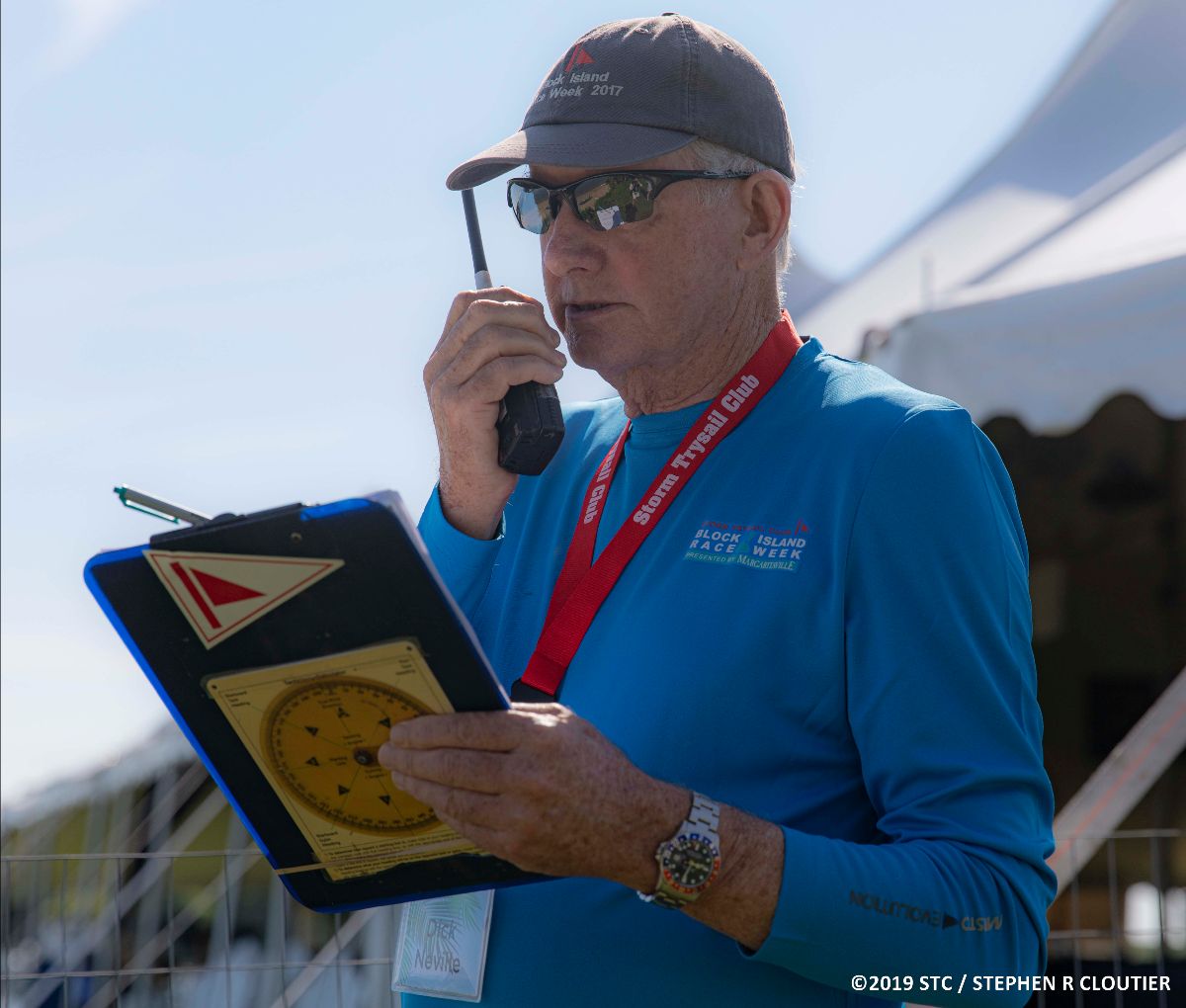 Race Committee Chair Dick Neville had the chance to see the MarkSetBots in action last summer while coordinating a last-minute series with the Great Lakes 52 fleet. Since many top events, such as the Chicago-Mackinac race, had been cancelled due to Covid-19, boat owners were looking to put together races that were both inexpensive and didn’t require several people on a small mark boat.

“I knew they were using [MarkSetBots] in some pretty significant events all over the world, and so we brought them in for our event and we had a great experience with them,” says Neville. Even on a day with big breeze and seas, the marks maintained their positions.

“I can’t believe how many professional sailors came up to me and said, ‘Wow, those things are pretty good aren’t they?’ I mean, they were surprised as I was at how good they were,” he adds.

MarkSetBots were first introduced in 2015 and have been used in regattas all over the world. This year’s Block Island Race Week, however, will be the largest event in the US to utilize the novel technology. Organizers plan to lease a fleet of 14 to 20 robotic marks in total, depending on the number of circles they run.

Some key advantages to deploying the MarkSetBots is that marks can be moved quickly and easily, and that fewer people will be needed on the signal and support boats. This means a safer experience for the race committee overall.

But while social distancing was a top priority in making this move, organizers were also keen to scale back on the event costs and create a more environmentally friendly event.

“We have to go to a remote island and basically set up a whole village. The logistics are much more extensive than if we were a traditional club with a boat house and local volunteers and all the facilities right there.”

Still, Neville admits that he is sorry to see the effect on the club’s dedicated volunteers, many of whom had crewed with the race committee for years.

Ultimately, Neville and the race organizers are confident that the MarkSetBots will be a successful addition to this year’s Race Week, and optimistic that defraying the event’s cost will ensure its future.