This was published by NYYC on Sept 1

NEWPORT, R.I. — One drawback to a club building a sterling reputation as one of the finest regatta organizers in the United States is that the collective sailing skill of its members can fly under the radar. To many sailors, the Storm Trysail Club is known for being the driving force behind Block Island Race Week, along with other renown regattas and distance races, and a leader in safety-at-sea education.

But among the 1,000-plus individual members of the Storm Trysail Club are some of the country’s most talented sailors, including brothers Erik, John and Ian Storck, who will represent the STC at the sixth running of the Resolute Cup, A Corinthian Championship for U.S. Yacht Clubs. This will be the third consecutive time a trio of Storcks has sailed under the Storm Trysail burgee—sister Kaitlin sailed with Erik and John in 2016. The two previous attempts resulted in fourth-place finishes. Will this be the year the STC finds its way onto the podium?

“The Resolute Cup is amazingly competitive,” says John Storck III, the eldest of the siblings. “While we were just off the podium in the last two editions, there were plenty of other equally good teams just behind us. There are many teams that can finish on the podium.”

The Resolute Cup was first run in 2010 as the U.S. Qualifying Series for the Rolex New York Yacht Club Invitational Cup. The biennial regatta, which is sailed out of the New York Yacht Club Harbor Court, has since developed an identity of its own as yacht clubs from around the United States send their best amateur sailors to Newport, R.I., to compete for national bragging rights in addition to a coveted berth in the Rolex New York Yacht Club Invitational Cup, sailing’s premiere international Corinthian big-boat regatta. The 2022 Resolute Cup, which will run September 12 to 17, will use the New York Yacht Club’s fleet of 23-foot Sonars and a fleet of RS21s provided by regatta sponsor RS Sailing. Icarus Sports will provide live coverage of the final two days of the regatta, which is also sponsored by Hammetts Hotel, Helly Hansen and Safe Harbor Marinas.

The Storm Trysail Club was founded in 1938. It’s never had a clubhouse, which makes it unique among the 23 yacht clubs entered in the 2022 Resolute Cup. But while some “paper” yacht clubs are known for being easy—and inexpensive—paths to yacht club membership, the STC has some of the toughest membership standards in the sport, though the fees remain quite reasonable. 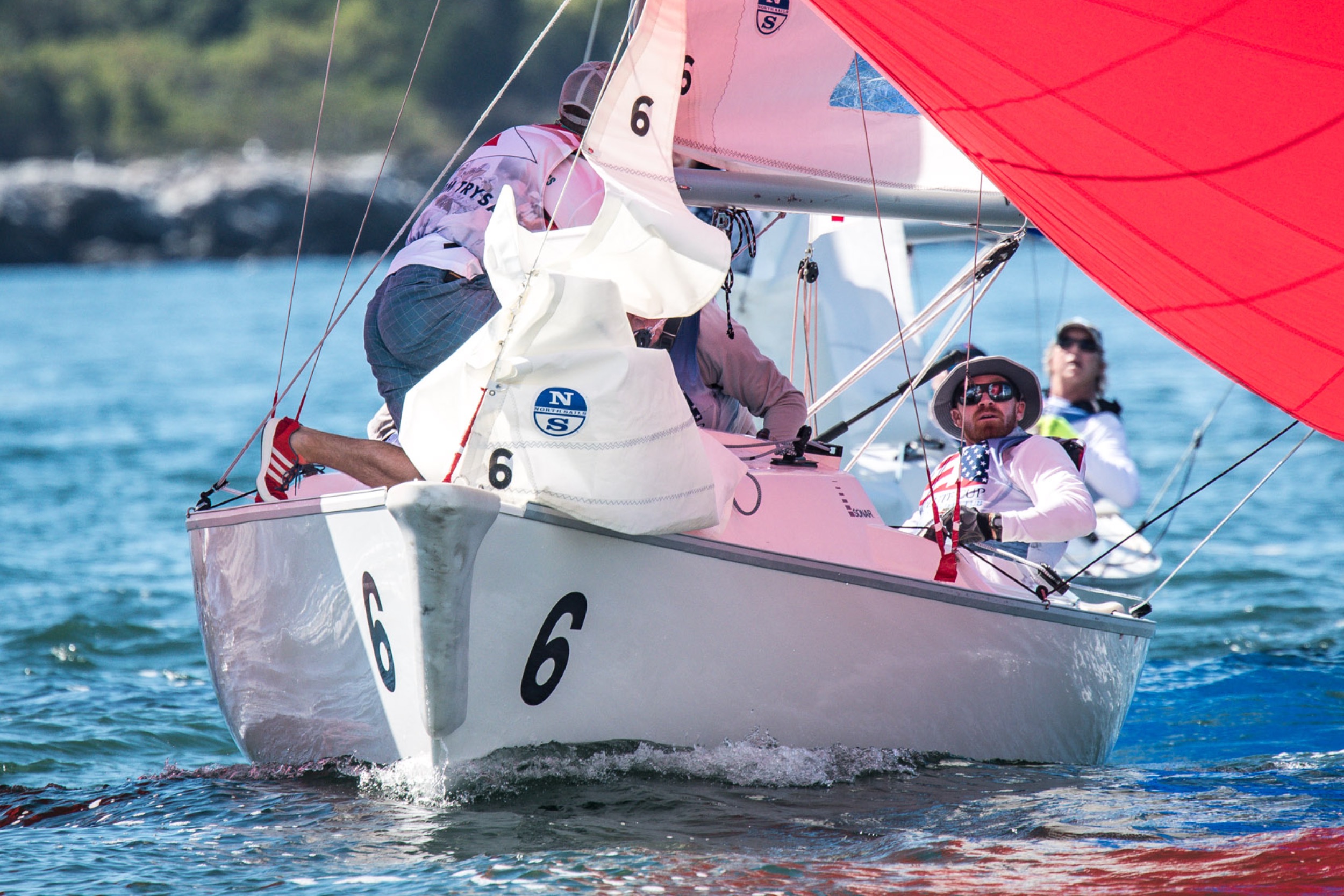 “[Membership] is by invitation only to expert offshore sailors who have experienced storm conditions and are capable of commanding a sailing vessel in such conditions,” says the club’s website. In other words, until you’ve done a fair bit of sailing in winds where a storm trysail might be appropriate, you’re not qualified to join.

Given this, it’s not surprising that the club is popular with veteran offshore sailors and has taken a lead in creating a robust safety education program. But sailing niches are not mutually exclusive, and the STC has, of late, also put more effort into recruiting teams for inshore events such as the Resolute Cup, San Diego Yacht Club’s Lipton Cup and the New York Yacht Club Grandmasters Team Race.

“While the DNA of Storm Trysail starts at the 600 foot [depth] curve, our membership includes many great sailors accomplished in a number of formats, including keelboats,” says Ed Cesare, Commodore of the Storm Trysail Club. “The Resolute Cup and Invitational Cup represent the highest level of Corinthian competition here in the U.S. and we need to compete. John chairs our competition committee and, along with Past Commodore Lee Reichart, is doing a great job fielding competitive teams while making sure opportunities are there for as many members as possible.” 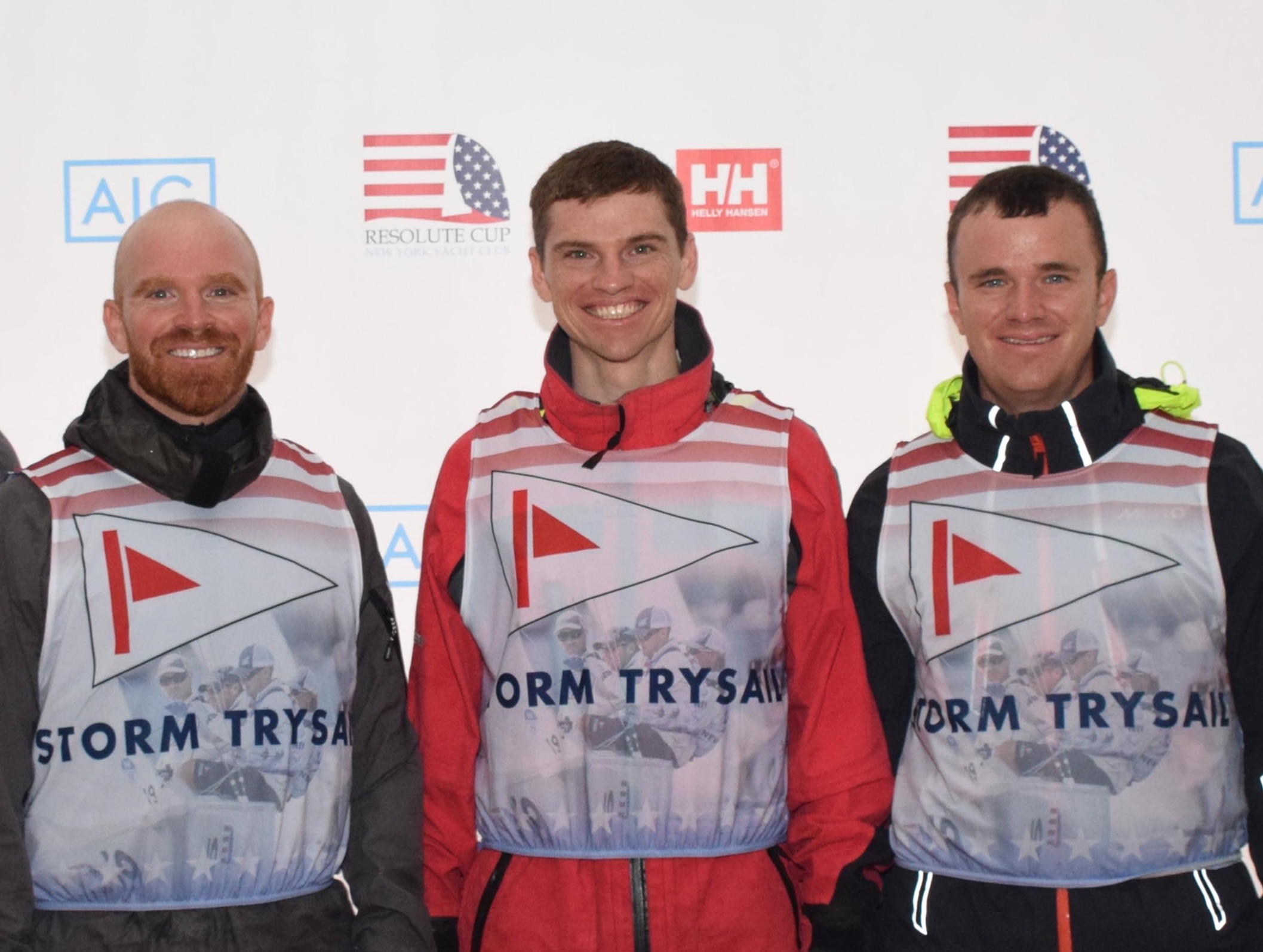 The Storck brothers (right, from left, John, Erik and Ian) fit Cesare’s description to a T. They grew up sailing the family boat in buoy and distance races on Long Island Sound and beyond and each went on to successful college sailing careers. Erik Storck, who will skipper the STC entry, represented the United States in the 49er class at the London 2012 Olympics.

“We are really lucky to have parents that prioritized sailing as a family sport,” says John Storck. “So, when we have the opportunity [to sail together], it’s an automatic decision for us. We’re really grateful to Storm Trysail. As far as what our relationship brings to the team, I don’t think it’s different from any other long-running partnership. When you sail with the same people for most of your life, you develop a synergy that can be useful.”

The fourth spot on the Storm Trysail boat will go to Marie Klok Crump, a former top-ranked match racer and the reigning J/80 national champion.

“We have sailed against Marie in J/80s for a long time, and always held great respect for her competitiveness,” says John Storck. “[In 2019] we finally got the chance to sail together, and it was a good fit. We also know that she will not hesitate to identify blind spots in our thinking and/or communication.”

In sum, it’s a potent quartet, with a credible chance of a podium finish or even a win. A victory in the Resolute Cup would qualify the Storm Trysail Club for the 2023 Rolex New York Yacht Club Invitational Cup, a Corinthian challenge the club will eagerly embrace, even if it doesn’t have a clubhouse in which to display any trophies.

“Storm Trysail is very pleased to be competing in the Resolute Cup,” says Cesare. “The club has come close to qualifying for the ‘Big Dance’ a couple of times, and we are 100 percent behind our team this year.”